I received a call from Jerremy who was planning a trip to a certain island in Amakusa to target seabass,
so I went along to test out SHARAPOA and Jr. 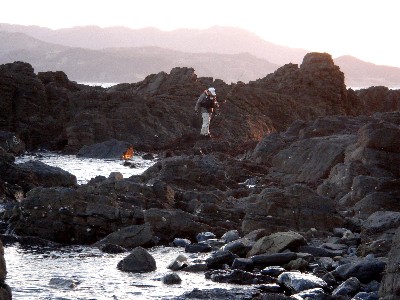 5AM when we arrived at the port, I had a bad feeling, as the wind which had been gusting
North Westerly the previous day had dropped.
The sea was clam as a pond. 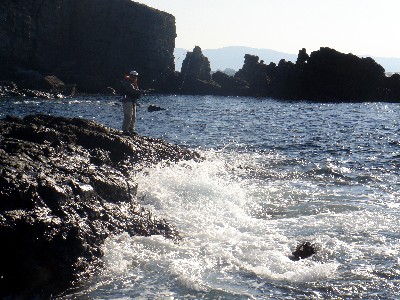 With the given conditions, we approached with top water plugs and minnows where there is
slight white wash were the fish tend to feed, but to no avail.
So I tried casting for Blue-runners, but there was action here as well. 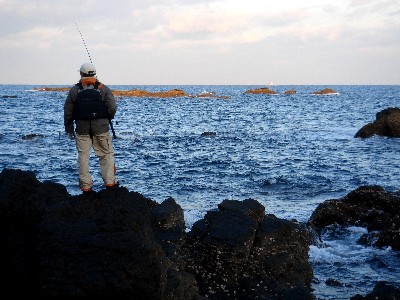 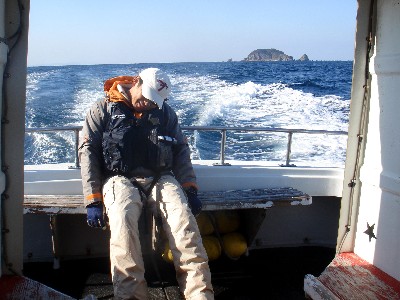 Days like this, best to leave early.
Drained after walking the rocks…….

Stressed from the previous fishing trip, I went with Mr. Hachiya and Mr. Hirata to a certain place in Kagoshima. 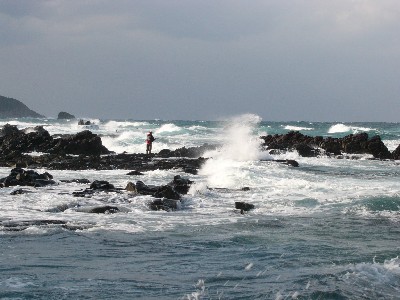 This time, it was super rough.
Plenty of white wash, but one could say that it was too rough.

First of all, I check out the situation with top water lures, and cast the SHARAPOA.
I get 4 to 5 bites, but had difficulty hooking up…
So I change to a minnow and managed to hook up! 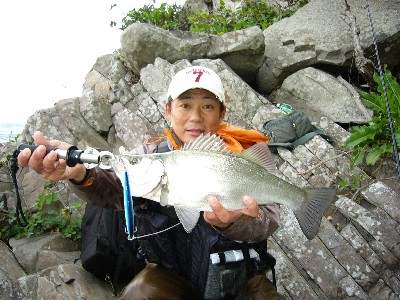 I caught the first one of the day. Baby seabass. 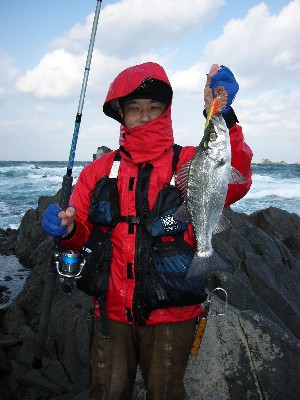 Mr. Hirata’s seabass.
A few others were caught afterwards.
Overall, the size of the fish caught were small.


The wind picked up so we changed points. 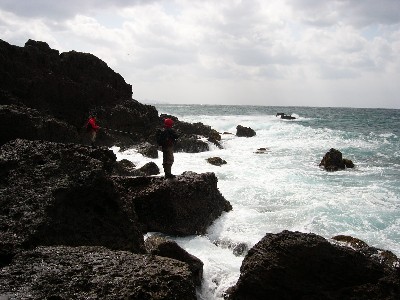 It seemed like a good place, but no fish present this day.

I am hoping to develop a top water lure to target seabass in the near future.
Possibly next year.