I went rock shore fishing in Okinawa.
The trip had been planned since Autumn last year, but it finally materialized as I was able to get a cheep ticket.

The first day we arrived, the wind was super strong with wind speed of over 10m/s.
We head for a cover. 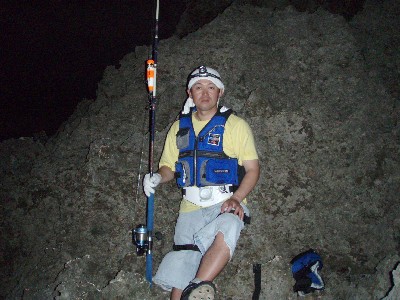 Mr. Sugiyama who accompanied me. 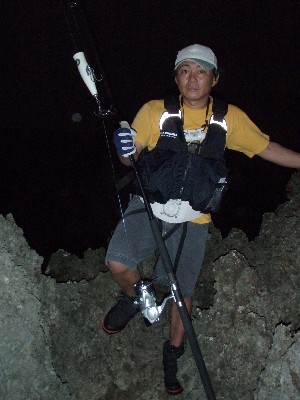 The sun had set and the wind picked up, so we fished up early for the first day.

On the 2nd day, we were caged in the hotel as the heavy rain and wind continued. It was like a mini typhoon out side.
We went out to the rocks at nigh as the rain subsided. 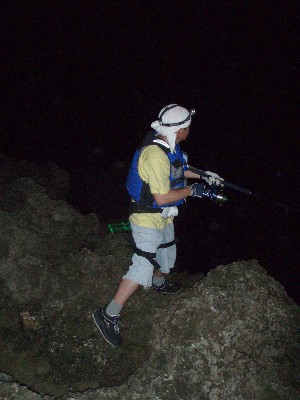 We went to a different location on the 2nd day as the wind direction changed.
However, there were bait fisherman targeting giant fish with their rods anchored to the rocks so we fished a little way down. 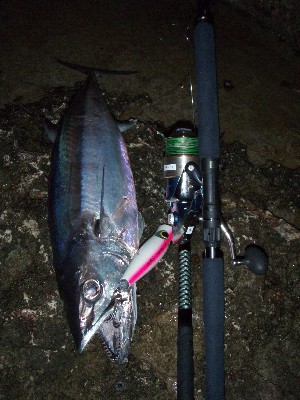 I hooked up as the tides started to go out. A Dogtooth tuna which took my lure close range. 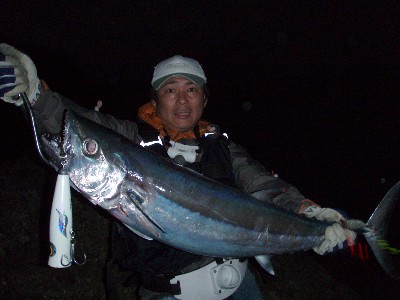 It must have been a solo fish as a quiet period continued for about an hour.
When I was packing up for the night, Mr. Sugiyama hooked up!! 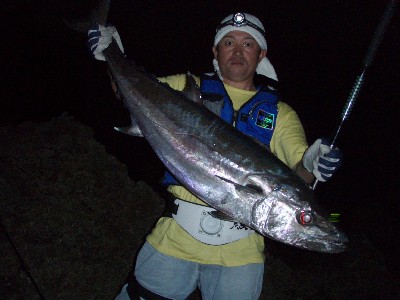 Mr. Sugiyama landed a Dogtooth tuna apporx 20kg.
Caught on I-cup Rocket.
I was slightly jealous.
I decided to unpack my gear, and we continued for about another hour, but no luck.
As the fish un-releasable, we gave it to the bait fisherman.

On the 3rd day, I played with Blue-fin trevally and Needle fish during the afternoon using SHARAPOA.

After sunset we went to the same location as the previous day,
but as the wind was gusting at 13m/s, this was the only location available
on the whole island and in addition to the bait fisherman we met the day before, there were 3 lure anglers.

As there was no space with the number of anglers, we were spectators for about an hour.
However, the bait fisherman gave us their fishing point in return for the
Dogtooth tuna we gave them the previous day. Our present (2 Dogtooths) worked wonders. 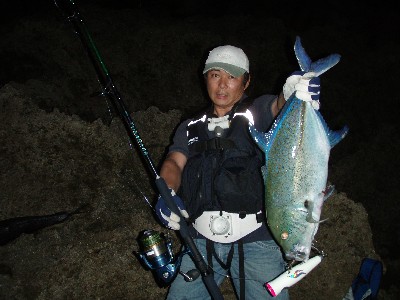 Today, I was the first to hook up again. Unfortunately it was a Blue-Fin Trevally.


On the final day we tried pretty hard.After 5 hours, I was in “give up” mode, and when I was saying
“should we head back after another 30 minutes?”, Mr. Sugiyama hooked up!

As soon as it was hooked up, it went strait for the rocks.
But Mr. Sugiyama handled and guided the fish successfully and was soon surfaced. 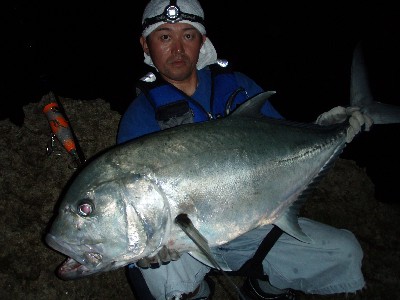 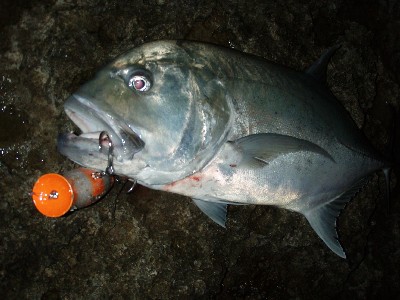 With out hesitation, the fish had attacked the lure and the I-cup ended up deep in it mouth.

After this fish, things quieted down and our fishing came to an end.
Through out our trip, the only fish caught, including the other anglers, were what you see above.
I believe the ability of the lure to appeal is what determined the catch results., 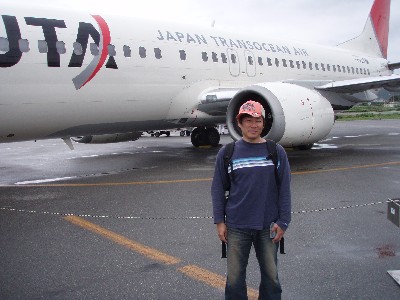 Though I’d take a commemorative picture. Commemoration for ……?? 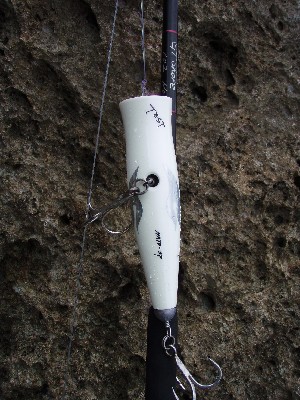