I went to the rocky cliffs in Okinawa again this year during the cherry blossom season. 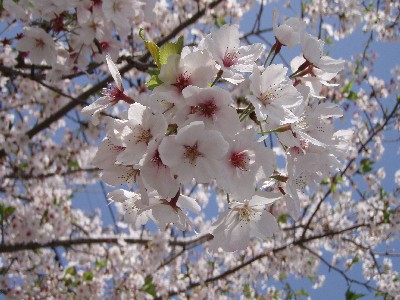 I tested a few lures and the rod during this trip.
The rod is a GT rod, and we have been testing since last season.
The concept for our development is to make a super light rod with power and plenty of response.
In other words, a super light great rod.
It will take some more time to finalize its settings, however we would like to start introducing
some info on it from now on. 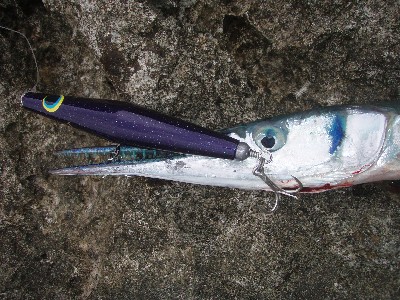 On the day I arrived, I went around to look for new fishing points and to play with small fish.
A Needle fish reacted to the Tobi69. 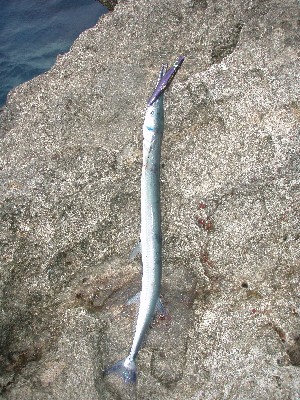 A decent Needle fish. I added a few more of these after this,
but this was the only fish willing to play.


This year we were fighting with the strong winds again, which was up to 10m/s.
In the afternoon, Mr. Sugiyama who joined me last year arrived.
We decided to go to the point I found during the day, which is somewhat covered from the wind.
There was only space for 1 angler so we rotated once we caught 1 fish or every 30 minutes.


IT is very dangerous fishing at night. One must check the area thoroughly during the day time.
It is advised to check for dangerous spots and landing position.
Actually, its best you not to go at night.If one is going to go, never fish alone!!!!
We are not encouraging suck fishing style.
Each angler is responsible for decisions on whether to fish or not. Please remember safety first!! 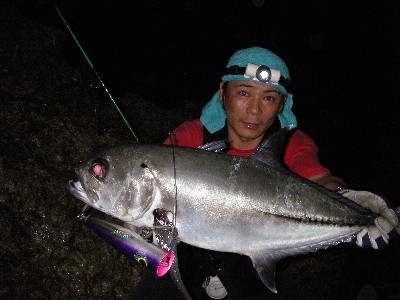 The first fish was a Big-Eyed Jack.
Caught on the G-Cup (34)

I caught one so we change. But no luck……. 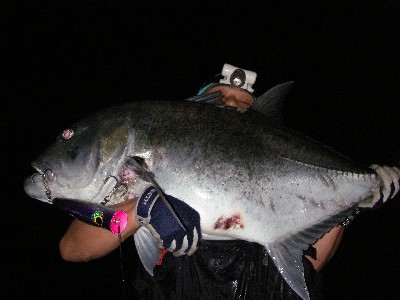 And after I changed, a 26kg GT aggressively attacked my lure.
The front hook was hooked up at the fin, so it faught pretty hard.
Caught on G-Cup (34)

I thought it was gona be great, but the action does not continue…
We have fishing during the day on the next day so we give up early. 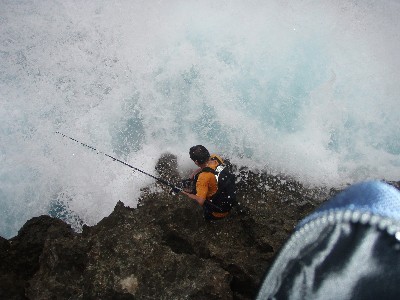 We went to the same location on the following day,
but the wind direction had changed and the swell was big.
As we had to walk a decent distance, I could not help but give a few casts,
but as soon as I started, I was swallowed by a huge swell and almost fell in. 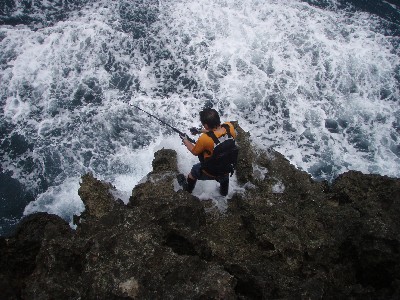 I managed to get a hold of the rocks and quickly retrieve my lure. 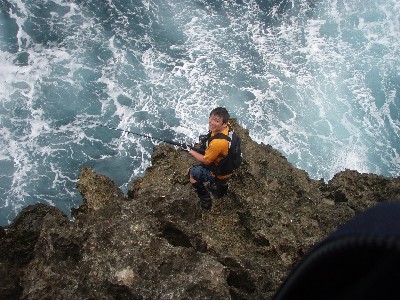 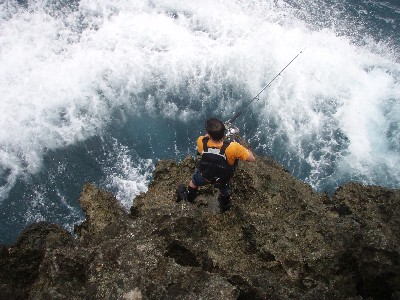 But I’m stupid so I continue fishing for a while and then decide its too dangerous,
so we change points. 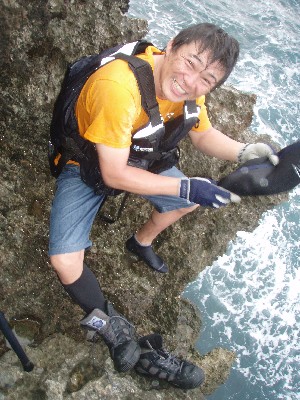 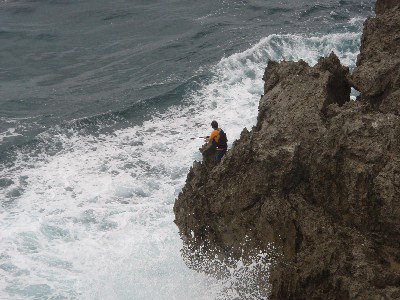 We move to a higher location. 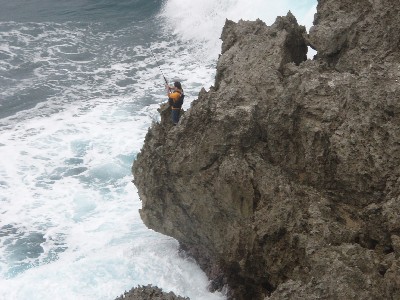 3m swells come from the right in short pitch.
The waves are way too big to fish and I was soaked and cold, so we went back.

We went to another location which was sheltered from the wind. 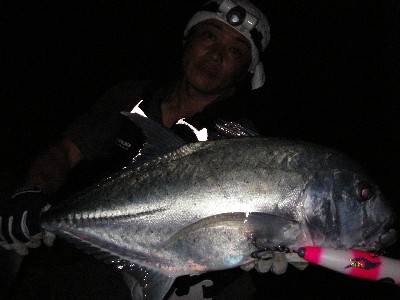 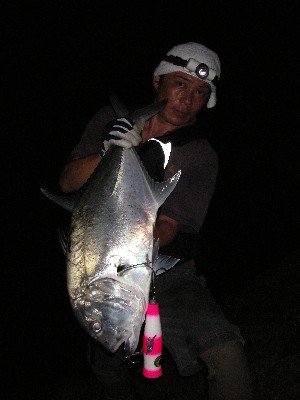 I caught another. Size was smaller.
The feeding time was short so we finished up after 3 hours. 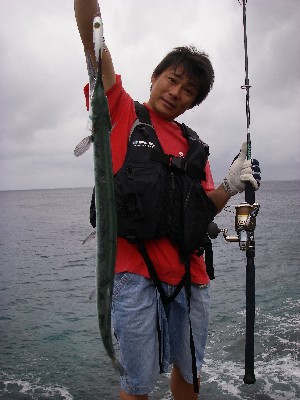 It was raining all day so we strolled around the island looking for fishing locations.
When the rain receded, I caught another Needle fish with SharapoaChibi.
At night, the heavy rain and winds continued so we gave up.

Rain on the next day as well… Can’t beat nature.

At night we were finally able to go to our main fishing spot.
And Mr. Sugiyama who was quiet throughout the trip put the icing on the cake. 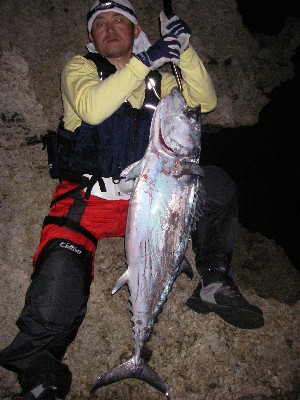 After an hour, Mr. Sugiyama comes up with the results again.
There were 2 instances where the fish was shaving the line on the rocks,
but he controlled the situation well buy freeing the line and guiding the fish off the rocks.
A very well valued catch! 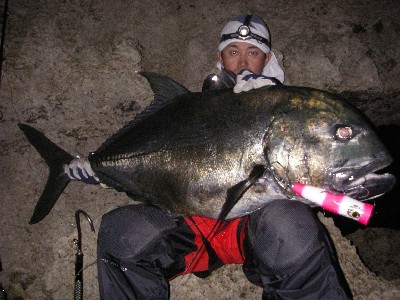 Actual measurement: 38kg GT. Caught by Mr. Sugiyama with the I-Cup Rocket (10).
He used about 6m of leader but it was all shredded to bits. 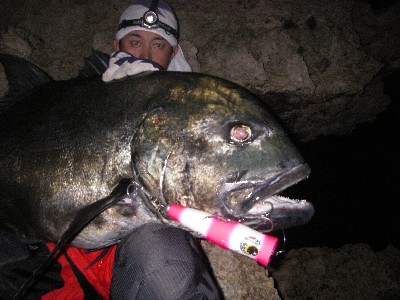 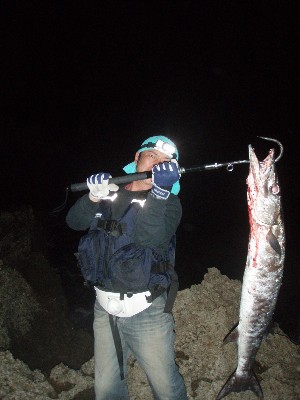 My day was ended with consecutive attacks by Barracudas.
Biggest was 1.5m. This was 1m and a bit. 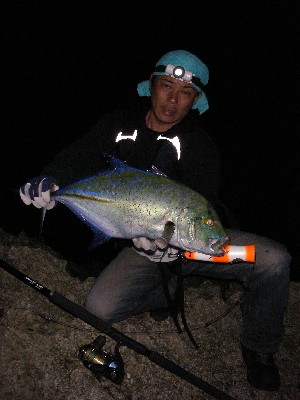 The Blue-Fin Trevally landed marked the end of our trip.
E-Cup HATO-SP (Prototype)


There are some very dangerous fishing trips and pictures in this site,
however we are not encouraging anglers to do the same.
Each angler is responsible for his or her wellbeing and safety.
Please remember, Safety comes first!!